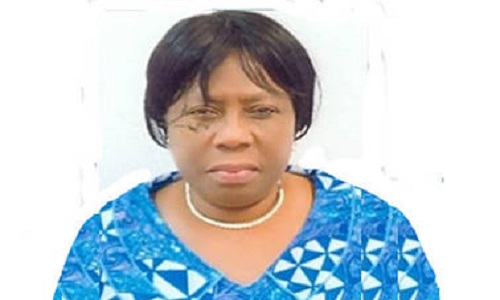 The immediate past Permanent Secretary in the Ministry of Culture and Tourism, Mrs. Nkechi Ejele, has been invited for questioning by the Economic and Financial Crimes Commission, EFCC, over her alleged role in the disappearance of N500 million SURE-P funds meant for the ministry.

Ejele, who was one of the permanent secretaries sacked by President Muhammadu Buhari last week, was summoned by the EFCC to answer questions on how the huge sum of money earmarked by the government for the ministry disappeared under her watch.

The former permanent secretary, who arrived the Abuja headquarters of the anti-graft agency around 10 am today, was still being grilled as at 3pm.

She is expected to be granted administrative bail pending when she would be formally charged for the alleged offence.

The Subsidy Re-investment Programme (SURE-P) fund was distributed to many agencies of government to help cushion the adverse effect of the partial removal of oil subsidy by the government in January 2012.

However, most of the top officials in the ministries allegedly diverted the funds into private accounts, defeating the then Goodluck Jonathan administration’s lofty dreams.