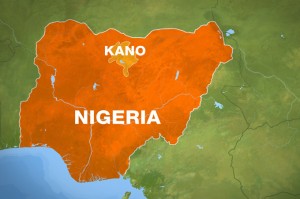 Kano state governor Dr. Abdullahi Umar Ganduje has raised alarm over the poor financial status of the state. He lamented that almost all the money from Federal Allocation is expended on the payment of salaries.

Ganduje who spoke to the state Correspondent Chapel in an interactive session at the Government House said that out of the N4.2 billion received from the Federal Allocation, N3.6 billon is expended on payment of salary of civil servants in the state.

“Whatever I say and whatever we want to do, the problem is funding. I will like to inform you that what we are receiving from Federal Government at the moment is less than half of what we used to receive last year. The problem started right from the beginning of the year, Kano state used to get N8 Billion, N9 Billion, N10 Billion per months, now it is just N4 Billion, in fact, this month, we received just N4.2 billion and our salaries are up to N3.6 billion.

“So, see the little difference. The only option is IGR—Internally Generated Revenue which many people do not like to hear but which any economist will like to hear because it is an issue of expenditure and income. No income, no expenditure, low income, low expenditure but we have come a long way, Kano is a mega city. A mega city is not only a city where you have a great number of people, a mega city is a city where things are working, where there is water, where there is electricity, where infrastructures are functioning, where the road networks are okay, where the transport systems is okay, where the security is okay and what make Kano a mega city are functioning.

“We want to have a true integrated rural development where accessibility is easy, where water is provided, where rural electrification is provided and where agricultural facilities are also provided. To this effect we are very very serious with IGR. We have advised that we must reform the institution. We know there are some people who are talking nonsense that we want to send away those who are collecting revenues; they are civil servants, they are this, we are employing people for this and that, but I tell you that the institution must be reformed because we must get what we are suppose to get. We must make sure that all what we get is judiciously appropriated.

“We will have Director of MTR—Main Tax Revenue. Also, we are employing consultants who specialize in one area or another and their remuneration is tied down to their collection. No money is coming out from Kano state government. Whatever they collect, we will work out a proportion to be given to them,” Ganduje said.