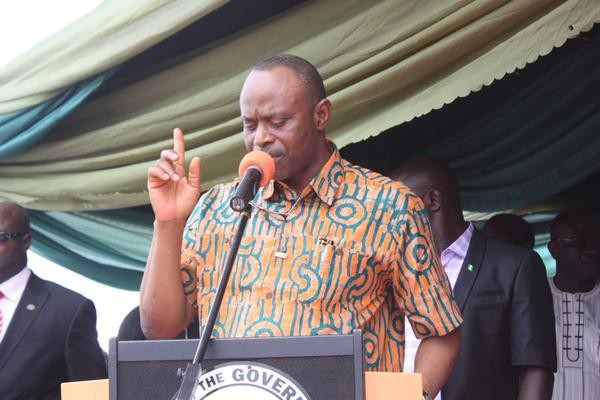 Governors of the Peoples Democratic Party (PDP) have warned the Central Bank of Nigeria (CBN) against partisanship in the disbursement of bailout funds to beneficiary states.

The governors, under the aegis of PDP Governors Forum, cited the refusal of the apex bank to release the bailout fund allotted to Kogi State.

The governors lamented that the CBN has allowed itself to be dictated to by the APC, saying that Kogi State had fulfilled all the requirements spelt out by the CBN for the release of the fund.

“We urge the CBN to insulate itself from politics and the control of the ruling party if it does not want to create political and financial crises in the country.

“How come almost all APC states that applied for bailout have gotten theirs but states like Kogi that has fulfilled all the requirements has been denied its share with no explanation from the CBN?

“The CBN Governor, Mr. Godwin Emefiele, has to insulate the apex bank from the shenanigans of politicians to avoid serious political and economic dislocation in the country.

“It is important and urgent that the CBN releases the N50 billion bailout due Kogi state to ease the suffering of the common people in the state”, the statement added.