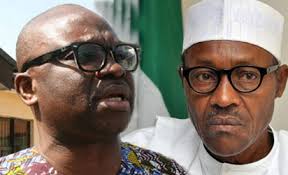 With less than nine days to the end of what could easily pass as an eventful year, Governor of Ekiti State, Ayodele Fayose has predicted 20 things that will happen under the President Muhammadu Buhari-led administration in 2016.

According to Fayose, these events are “unavoidable” and Nigerians should take note of them.

In a statement he personally signed on Monday, Fayose, listed the events as follows: