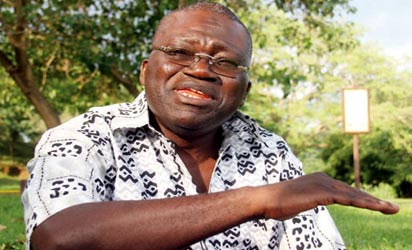 A former Vice President of the Nigeria Labour Congress (NLC), Comrade Issa Aremu, has declared that any of the 36 States Governors who cannot pay the minimum wage of N18, 000 to workers, have no business remaining in office.

Aremu, who is the General Secretary, National Union of Textile Garment Workers of Nigeria (NUTGWN), said such governors have no reason to be in the business of governance, hence, they should resign.

The former NLC vice president stated this on Thursday as the Guest Speaker at the 18th Joint Annual General Meeting (AGM) 2015 edition of Manufacturers Association of Nigeria (MAN).

The topic of the paper presentation was, “Government Patronage of Made-in-Nigeria Products, A Panacea for Industrial Growth and Development”.

Mr. Aremu pointed out that one of the ways to judge the performance of the sitting president and all the States governors is their ability to resuscitate the collapsed industries in the country.

“Any State government that cannot pay salary has no reason to be in business of governance, and therefore, any governor that cannot pay the salary should resign”, Aremu said.

He maintained that Nigeria is sitting on a keg of gun powder, if its alarming rate of unemployment is not nipped in the bud.

He said, “Nigeria is playing with fire because 24 percent of its population is officially unemployed, and 50 percent unofficially unemployed. Some countries have a total of only 12 percent unemployment crisis, the people are on rampage. Nigeria must begin to prevent this by reopening all closed factories to engage the teeming unemployed youths.

“Labour strongly supports the urgent need to rebuild Nigeria through targeted efficient massive productive spending. President Buhari must be weary of the emergency advisers who claim falsely that government has no business in business.

“Government not only has business in business, the art of governance itself is a business that must be done.

“Let me recommend Governor Mallam El Rufai to other states governors in this respect. I learnt that the moribund Kaduna furniture factory is almost back to produce thousands of school desks for public schools in Kaduna.

“The Governor has also promised textile mills to produce school uniforms. And another organisation, Crittal Hope, is also back to life producing windows and needed metals to fix the class rooms.

“We must re-energize “Buy Naija” Campaign to target large private sector corporates and the general consumer public on the need to patronize locally made goods for industrial development.

“The two reports emphasis government patronage as a critical success factor in industrial growth and development”, he said.