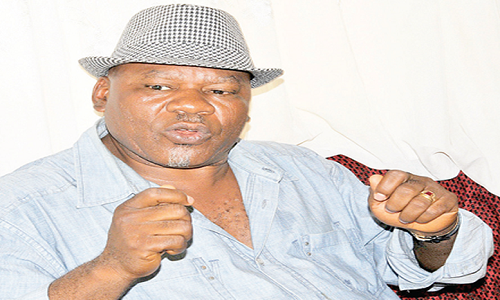 The Conference of Nigeria Political Parties (CNPP) has asked the Federal Government to be more open about its decision on fuel subsidy, saying that recent pronouncements by the Minister of State for Petroleum, Dr. Ibe Kachikwu, may have only created more confusion that profiteers would capitalize on to unleash hardship on the citizenry.

The conference said the explanation by the minister on how the government intends to modulate fuel price without removing subsidy to achieve the proposed N85 pump price sounded questionable, given that he has been dilly-dallying between how subsidy is not being removed and how the same subsidy is not sustainable in view of prevailing economic realities in the country.

The Secretary-General of CNPP, Chief Willy Ezugwu in a statement on Sunday, warned that the conference will not sit by and watch Nigerians suffer on account of a government that failed to properly articulate and think its policy through, saying the latest move by the government was reminiscent of the New Year subsidy removal gift under former President Goodluck Jonathan, which Nigerians vehemently rejected.

“What we found most worrisome is that the Federal Government is tactically implementing full deregulation of the sector beginning January 1, 2016 without announcing modalities for containing exploitative cabals that could sell petroleum products for four times the global average on account of the concept of free market. It is on record that only Abuja and Lagos enjoyed the N87 price while the subsidy lasted as other towns and cities bought petrol for as high as N180 per litre. We have not heard the minister said anything about remedying this anomaly that would be further compounded by a deregulated oil industry.

“The template announced by the minster implies a market driven pricing, which is potentially volatile, given the peculiarities of Nigeria and uncertainties on the international scene. But we have not also heard how the deregulation would be managed in a way that small and medium businesses that generate their own electricity would be insulated to prevent widespread collapse of businesses”, Ezugwu said.

The CNPP scribe said the conference is concerned that low income earners could soon be faced with life threatening choices as they are forced to make decisions between spending all their earnings on transportation and going without food to keep their jobs or to make other desperate options.

Ezugwu also condemned the inability of the APC-led federal government to bring closure to the fraudulent subsidy issue, which it has continued to pay out even as senior officials of the government acknowledge that there was no need for it.

He said: “For the government to have paid out over N1 trillion this year and for Dr. Kachikwu to have stressed that there was no need to pay subsidy means that there is a level of collusion going on between the government and the subsidy cabal. This government has simply continued the subsidy corruption from where its predecessor handed off. Nigerians therefore want a probe of the subsidies paid under the present government”.