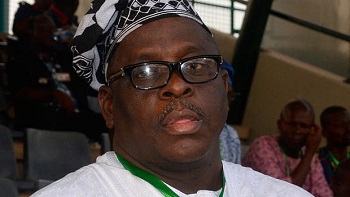 The Federal High Court sitting in Lagos on Tuesday restrained the Federal Government from confiscating the properties of Senator Buruji Kashamu over alleged drug trafficking.

In a ruling yesterday by Justice Ibrahim Buba, the court held that it would amount to abuse of powers for the respondents to infringe on Kashamu’s property rights without following due process.

Therefore, the court granted a restraining order against the Attorney-General of the Federation Abubakar Malami (SAN) and the National Drug Drug Law Enforcement Agency (NDLEA) from violating the senator’s rights to own property.

Kashamu had sought an order of perpetual injunction restraining NDLEA and the AGF from taking possession of his assets.

The Senator said he uncovered moves by agents of the Federal Government to seize his properties, including a 24-flat housing estate at Egbe and several hectares of land on Lekki Peninsula, Lagos.

According to Kashamu, the properties, which he estimated to worth N20 billion, were acquired by dint of hard work and through his legitimate business and not through proceeds of drug trafficking, as claimed by the NDLEA.

Kashamu further argued that his right to own property as guaranteed by sections 43 and 44 of the 1999 Constitution would be violated if the respondents were not perpetually restrained.

Ruling in his favour, Justice Buba held that since previous judgments stopping Kashamu’s extradition had not been discharged or vacated, the prosecution could not take steps against him when the restraining orders were still subsisting.

He said the prosecution was bound to obey the orders until set aside by the Court of Appeal.

“The judgments of this court are binding on the parties and on this court until set aside on appeal”, he held.

Justice Buba further said the Federal Government cannot seize assets belonging to Kashamu on the basis of the same allegations that had been decided upon by the court “whether rightly or wrongly”.