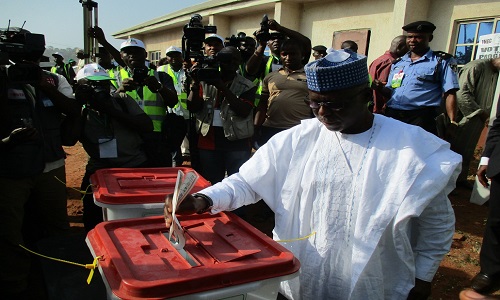 Plans by the Peoples Democratic Party, PDP, and its candidate in the November 21 inconclusive governorship election in Kogi State, Capt. Idris Wada (retd.) to stop the Independent National Electoral Commission, INEC, from going ahead with this Saturday’s supplementary election, have been struck out by the Federal High Court, Abuja.

Justice Gabriel Kolawole while delivering judgment in the suits on Friday, held that the issues brought before the court for determination, did not arise from a post primary election ‎of a political party but issues from voting by the public.

He further held that by the provisions of Section 87 (7) ‎ of the Electoral Act, the Federal High Court cannot adjudicate on the merits of the election, which he noted is the responsibility of the election petitions tribunals, constituted by the President of Court of Appeal.

It would be recalled that following the death of the candidate of the All Progressives Congress (APC) Abubakar Audu, who was leading in the November 21 polls before it was declared inconclusive by the INEC, Gov. Wada, his party and others went to court to stop the conduct of the supplementary polls, praying the court to order INEC to declare him winner instead.