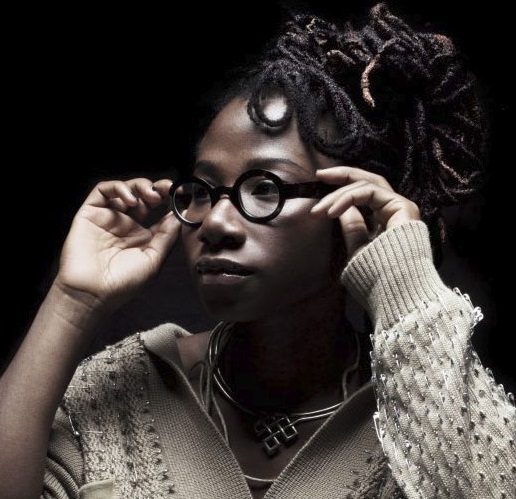 I walked into the music preview room at the radio station and I saw one of our sound engineers previewing Naeto C’s songs before uploading it into the station’s new digital library for airplay, I immediately walked out of the room because I wasn’t ready to activate my anger mode by putting myself through another experience of listening to another Nigerian rap song with shallow and crappy lines of which Naeto C is the culprit-in-chief, only to walk into the transmitting room and heard the presenter on duty introducing ‘Share my Blessing’ by Naeto C and Asa, as the next song on the play list.

I have to admit that this time around, I wasn’t too eager to make a dash for the door. Maybe because I heard Asa was on the song and thought that it would have at least inspired Naeto C to use better and more inspiring rhymes. Hope is a very dangerous thing. It turned out that I hoped for too much. The first line of the song almost pulled off my knee cap. It is the most fatal accident I have had till date. I almost died when I heard “what a conundrum” within the first few lines. What Conundrum? Like seriously? Bros Naeto, the only thing close to a conundrum in the whole song was how you convinced Asa to feature in the song.

That song has some of the dumbest lines ever used in the history of rap music worldwide. As I sat there gasping for air, I tried consoling myself that every artist is allowed one mistake in a career lifespan and ‘Share my Blessing’ is a mistake that won’t happen again. But on a second thought, I asked myself, didn’t Asa or her manager Janet, hear Naeto C’s lines before accepting to feature on the song? I would have Usain-Bolted out of that studio, screaming ‘tufiakwa gi’ and snapping my fingers as I rid myself of all the phloem in my system.

Asa apparently hasn’t learnt her lessons. Her latest collabo with Korede Bello is another career mistake that shouldn’t have happened. The lightening has struck twice. Korede Bello and Asa have succeeded where others have failed. Koredo Bello and Asa have succeeded in taking every crappy song from the past decade in Nigeria and mashed them into a musical abomination; add that to the level of auto-tune on Korede’s voice; which sounds like T-Pain after he’s slammed his testicles in a car door. Ironically, slamming my own testicles in a car door is something I would rather do than listen to this song again.

Sadly, the fiasco with Naeto C now looks like a piece of art compared to this song with Korede Bello. This is a whole new grade of crime against music. Asa, how do you explain this to your fans? I have searched for justification even from a musician’s perspective and found none. The whole song comes out childish and guess Korede knows it too, which explains why he had to sing it to us as the first line that he is no longer a child. Korede has proved conclusively with this song that there are two things a Nigerian youth can’t do: play music and feign humility. Titling your song, “Somebody Great”, and blabbing all through the song about “Somebody wey dey spray millions and somebody wey go save billions” is that what defines greatness? Spraying of millions? What are you doing to yourself Asa? How did you get yourself involved in this song? Why did you do this to your fans?

I won’t be surprised to hear that the sound engineer that mixed this song is deaf. That you couldn’t hear that the whole song is drenched in reverb is unbelievable. For God’s sake, the presence in the song is very disturbing to the ears. And what is that thing that sounds like someone striking a pot cover with “ewedu” broom? Please don’t tell me that it is the crash or the hi-hats. Please sir, can you take back your mix and reduce the shakers. Damn it, take back your mix and keep it to yourself.

Asa, I swear you no try at all.

The only excuse that would probably make some sense to me now is if I am told that you guys were just trying to create something for the current generation but instead of a smooth-rocking guitar classic, you have instead created this audible shit. Yes, this song is literally shit that you can hear. It is the worst song from Asa that I have had the displeasure of listening.

Unfortunately though, for some inexplicable reason, some people are actually going to play it and like it and start insulting Etcetera like he is the reason the song is rubbish.

Please, the excuse that Asa was not involved in this collaboration with Korede Bello; that Don Jazzy recorded her freestyle and used on the song, is not going to hold any water here. Nobody does that in this age and time knowing the ramification. And until Don Jazzy is called out by Asa’s management, I will assume the freestyle story is just another industry lie and that “Somebody Great” is a well thought out and planned collaboration between Asa and Korede Bello. Until then, trying to water down Asa’s involvement in this song will be a blatant in-your-face insult to her fans as much as tweaking the synthesizer at the beginning of the song to give it a rock guitar feel is a blatant in-your-face insulting to all guitarists out there.

To be continued next week.