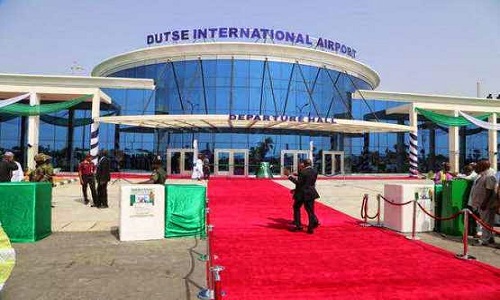 Gov. Mohammed Abubakar of Jigawa on Saturday said that his administration would partner with investors to establish a flying training school in Dutse.

He told the News Agency of Nigeria (NAN) in Dutse that the step was part of several measures adopted to enhance the economic viability of Dutse International Airport.

He said that the state government had approached various investors in the aviation sector to establish a flying school in Dutse.

This, he said, was part of measures initiated by his administration to ensure effective utilisation of the airport for the benefit of the people of the state.

“We have been discussing on how best to utilise the airport.

“The state government is approaching investors who plan to have a flying school in Nigeria with a view to using our airport for training and build the school around the airport.

“We are also looking at the option of hanger development as well, to fix aeroplanes. We have already approached a lot companies around the globe”, he said.

Abubakar added that government was also inviting commercial farmers to set up green houses and cold rooms around the airport to stimulate export of perishable produce from the state.

He explained that the measure would encourage the cultivation of perishable goods and promote export on agricultural produce.

“We pray that one of these options will materialise to make the airport completely viable.

“The state government’s efforts to promote investment has started yielding positive results, as various firms such as Dangote Group and Li Group of companies planned to set-up rice and sugar plants in the state”, he said.

The governor added that another Chinese firm had begun work on its proposed tiles and marble factory in Dutse.

NAN reports that the Jigawa government has expended more than N10 billion on the construction of the airport project.

The execution of the airport project was inaugurated by former President Goodluck Jonathan in 2013. (NAN)