2016 Budget May Not Be Presented To NASS This Year 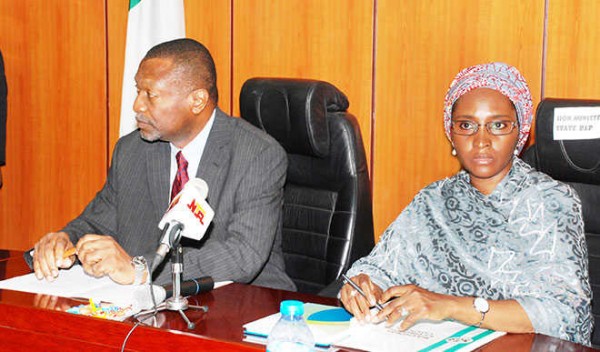 Indications that the Executive may not submit the 2016 budget proposal to the National Assembly before the end of the year emerged on Thursday, with the discovery that Ministries, Departments and Agencies (MDAs) of government are still preparing their 2016 budget templates.

The seeming slow pace of work on the budget templates was attributed to the zero-based budgeting, which comes with different templates, many of which the MDAs are not familiar with.

A statement from the Ministry of Budget and National Planning signed by the Ministry’s Assistant Director of Press, Mr. Salisu Haiba, indicated that the ministry had started bilateral meetings with MDAs in order to provide them with technical support.

The support is aimed at improving the quality of their submission, preparatory to their formal response to the 2016 budget call circular scheduled to be released any time soon.

“To this end, a Help Desk has been established by the ministry to provide hands-on technical support to MDAs’ core teams involved in the preparation of budgets to clean up their completed zero-based budget (ZBB) templates”, the statement stated.

The statement quoted the Minister of Budget and National Planning, Senator Udoma Udo Udoma, as saying that there would be a session to build the capacity of MDAs’ core teams on the process of consolidating all MDAs’ inputs into a single ministry submission.

The Help Desk is composed of officials of the ministry, the Federal Public Administration Reform Programme Nigeria (FEPAR) and a team of consultants.

It would be recalled that the Minister of State for Budget and National Planning, Mrs. Zainab Ahmad, had on assumption of duty stated that the 2016 budget was the top priority of the ministry and that work to that effect would start in earnest.

“Over the last three months, officials of the Ministry of Budget and National Planning have been working closely with the FEPAR team of consultants to provide support to MDAs with respect to identifying, prioritizing and costing projects and programmes for the 2016 budget, in line with the identified policy thrust and programmes of the successor medium-term plan, 2016 -2020”, the statement added.