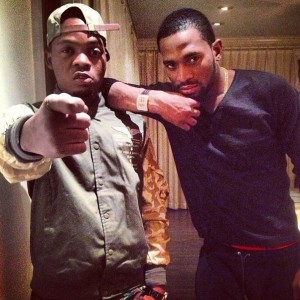 DeeVee, who’s known as D’banj’s manager has accused Olamide of constantly stealing D’Banj’s vibes anytime he comes around to their studio.

DeeVee says he is ready to face the consequence of his actions, which may include D’Banj sacking him or taking him to court.

He also questioned Olamide if he has run out of ideas