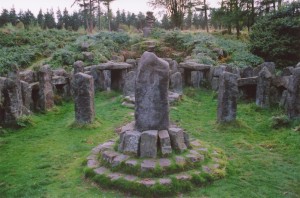 More than 79 fresh shallow graves have been discovered at Ezillo community in Ishielu Local Government Area of Ebonyi State. The discovery followed the killing of a 29-year-old man from Ezzaegu, Chigozie Okeagu, by some warlords in the warring Ezillo community. Though police have arrested four persons in connection with the killing, it was alleged that the warlords ambushed Okeagu and his younger brother when they were returning to their village and killed him while the brother escaped.

Okeagu, a trader was returning from a ceremony at Ezzamgbo in Ohaukwu Local Government Area and ran out of fuel. He stopped to buy fuel at Ezillo when the warlords swooped on them but his brother, Okechukwu Eke, escaped into the bush where he passed the night.Eke has been admitted at an undisclosed hospital where he is receiving treatment from trauma he suffered during the incident. It was learnt that Okeagu was slaughtered in a shrine where his dismembered body was reportedly exhumed from a shallow grave where over 79 fresh graves were also found. The traditional ruler of the Ezzagu community, Igwe Innocent Nworie, during a peace talk over the incident, regretted that despite the peaceful disposition of his people, they were still being slaughtered by militants.

The monarch expressed fear that with the Yuletide fast approaching and with the only bridge that leads to the community already collapsed leaving the community with no other alternative than to follow Ezillo, their lives are in danger. He said: “It is obvious that the Ezillo militants are on the prowl especially as Christmas is fast approaching. ‘’They probably have seen that the only bridge that links our community from Agba has collapsed, leaving us with no other option than to follow Ezillo.