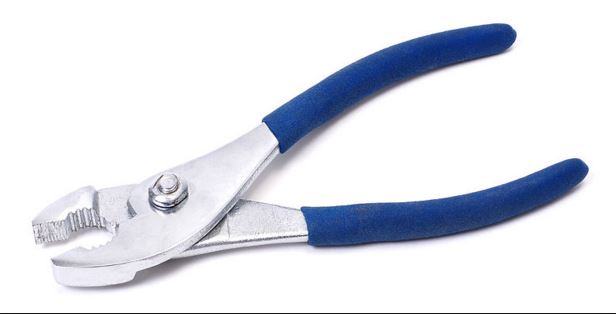 A mum whose teeth were pulled out using pliers by her rapist boyfriend has released horrific images showing the extent of damage done to her dentition. 48-year-old Amber who was engaged to Donald Jeffrey, said she endured years of violent beatings and rapes before the horrific incident with pliers.

Donald Jeffrey wrote to Amber weeks before his trial begging her to withdraw her accusations and “give him back his life” according to statements released by the Daily Record. 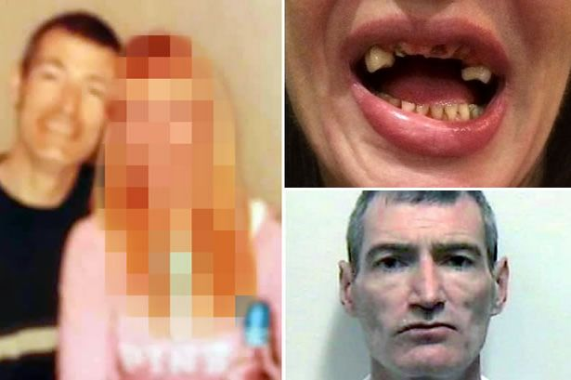 Amber revealed how Donald cried for his mother after he ripped out her teeth with pliers then made her pose in front of a mirror.
She said: “I made two comments on two images I had seen on a Facebook page called ‘Glasgow Banter’ – one I sent to Donald and he sent back a thumbs up. Later we were lying on the couch when he snapped and told me to, ‘Get the f*****g pliers.’ I handed him the pliers as I was too scared of what he would do if I didn’t and I begged him not to do it. I knew if it wasn’t my teeth, it could be my fingernails or toenails.
“He didn’t need to tell me what to do, I opened my mouth and he clamped the pliers on to each front tooth and yanked them out. I couldn’t feel any pain, I was numb. I could hear my teeth falling onto the wooden floor.
“Then he took me to the bathroom mirror and laughed at me. He told me to ‘show him a smile’.
“Donald then got a claw hammer and hit me on the head, legs and knees. There was blood on the ceiling and walls and I later found out I suffered a slight brain haemorrhage. Then he told me to get in a cold bath and put my head under the water four times.”
While pushing her head under water for the third time he jumped on top of her to keep her submerged.
Amber said: “At that point I thought, ‘I’m going to die.’”
She said: “After it was over he was crying for his mum and kept saying he knew he had f***ed things between us.
“I tried to reassure him he hadn’t and said a dentist could fix my teeth.
“Then I asked to go to hospital, but instead his friend picked me up and dropped me off on Sauchiehall Street where I went to Boots the Chemist.
“I told them I’d been in an accident as I didn’t want to get Donald in trouble. It wasn’t until the next day a friend came round and took me to the hospital.”
In March 2013, Jeffrey raped and beat Amber and also threw dumbbells on her.
Amber said: “I left him and went to stay with a friend, but I found out he was listening into our conversations in the flat through the neighbour’s walls and was even up in the loft.
“He finally asked to come and see me to try and have some kind of closure so I allowed him in since he knew where I was anyway.
“A few days later he grabbed me and I was clinging to the door frames as he opened the window of the 17th-floor flat and threatened to throw me out.
“Another time he came in and asked if I’d rather a ‘doing’ or a headlock? I picked headlock and fell unconscious. When I woke he had ripped up black bin bags.

“He told me to lie on them and said I had to keep my hands in my pockets. Then he dropped dumbbells on to me.”