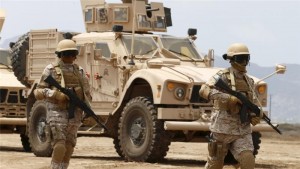 The Arab military coalition assembled by Saudi Arabia has announced the end of a repeatedly violated ceasefire agreement with Yemen’s Houthi fighters and their allies. A statement on Twitter by the official Saudi Press Agency citing the “Alliance in Support of Legitimacy” said the truce would end at 11:00 GMT on Saturday.

The ceasefire began on December 15 last year and coincided with UN-sponsored peace talks in the Swiss city of Geneva. Despite the truce, both sides continued to engage militarily, with the Arab coalition launching air strikes targeting Houthis and their allies, and the latter launching ballistic missiles into Saudi territory.

“The coalition has been and still is keen to create the right conditions to find a peaceful solution,” the Saudi Press Agency said citing the Arab coalition. It said the ceasefire could not be maintained because of “the continuation of the Houthi militias and Saleh forces in violating it”. The Saudi press statement came after the coalition announced that Saudi air defence forces had intercepted a ballistic missile fired from Yemen towards the city of Abha late on Friday.

The “launcher was located and destroyed in Yemen”, it said. On Thursday, three civilians including two children were killed in cross-border missile attacks from Yemen on a residential area in the southwestern Jizan region of Saudi Arabia. Eleven others were wounded, among them nine children, according to the Saudi civil defence.