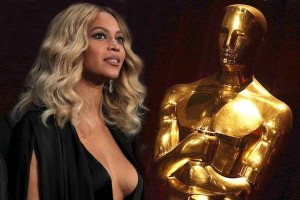 Super famous singer and actress, Beyonce has reportedly hired a team to help her work on a gritty movie in order to win her first Oscar Academy award.

The mother of one is looking to tell the story of a slave woman, Saartjie Baartman, who was exhibited in London freak shows because of the size of her bum.

Baartman was a South African slave who died at the age of 25 after being sold to a Scottish doctor in the 1800s.

The doctor was responsible for placing her on a London show because of the shape of her body.

Her stage name was Hottenot Venus.

She went to court after it was argued that she had been made to perform against her will by her master, but eventually claimed she performed on her own free will.

A Hollywood source told The Sun: “Beyonce is desperate to be taken seriously as an actress. Even though she’s had a string of well-received movies, she still feels her breakthrough is yet to come.”

Beyonce has starred in several movies including the award-winning Dream Girls, Austin Powers, and Obsessed.

Nollywood actor, Adebayo Salami has taken to his Instagram page to celebrate his daughter's post graduate convocation in the United Kingdom.   The proud father, who...
Read more

Nollywood actress, Ini Edo has taken to her Instagram page to lash out at a yet to be identified person by stating that not...
Read more

The battleline has been drawn between self-acclaimed male barbie, Bobrisky and Instagram blogger, Gistlover. Information Nigeria recalls news went viral that he had been arrested...
Read more

Don’t Tell Me What To Do, I Have Your Type At Home – Simi Yells Back At Adekunle Gold Over Gbegiri, Semo

We reported earlier on Friday, 24th January that popular singer Simi stated that Gbegiri is disgusting and also revealed that she wonders how people...
Read more
- Advertisement -