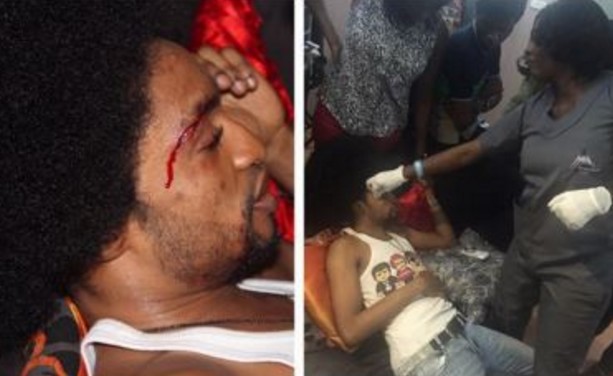 TV personality, Denrele Edun was involved in another dramatic fall on Monday which left him hurt in the face during a movie shoot.

“All in a bid to make my acting more convincing

I was supposed to drop into a faint in the very first scene of the movie ‘PEPPER SOUP’. I guess I miscalculated and fell hard on a metallic object on the floor that pierced my face. I kinda blacked out for a few seconds and felt something warm running down my face.

“Truth is, a blood vessel just a lil above my right eye (an inch away from my eyebrow bone) was burst open and it was hard to control the bleeding!” 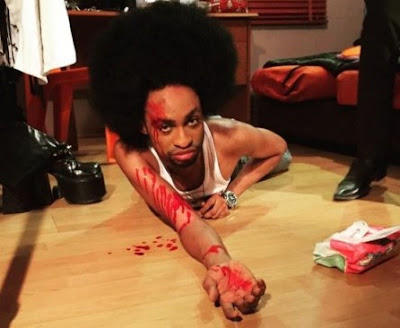 This is the second time Denrele will be falling due to Akpola Shoes. I hope he learn and reduce the size
Source: Olufamous