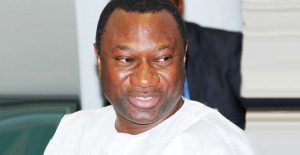 You know how everyone is complaining about how hard things are, well, not Femi Otedola!

The billionaire who is Chairman of Forte Oil made so much money last year, earning so much that it has landed him on the Number 1 spot as Africa’s highest gaining billionaire in 2015.

According to Forbes, more African billionaires saw a drop in their net worth in 2015 but Femi Otedola’s fortunes rose by a whopping 75% by the end of 2015.

According to Ventures Africa, only 5 of the 21 African billionaires grew richer between 2014 and 2015.

Apart from Otedola who was the highest gaining the others on the list are: