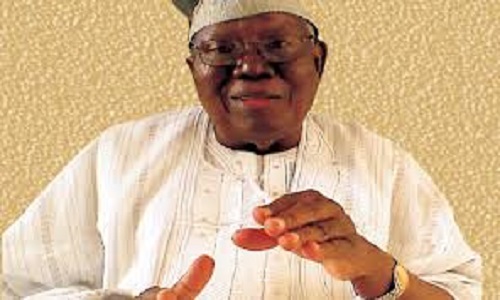 A former Inspector General of Police, Chief Sunday Adewusi, is dead. He died on Tuesday around 8.30 p.m. at the National Hospital, Abuja.

Adewusi, the Asiwaju of Ogbomoso, was Nigeria’s Inspector General of Police between 1981 and 1983.

Confirming his death, a former governor of Oyo State, Chief Adebayo Alao-Akala, described the late Adewusi as a gallant officer, who served Nigeria with commitment and dedication.

“The Asiwaju of Ogbmosho, Chief Sunday Adewusi, is a father who, in no small way, contributed to my success in life.

“He is a rare officer and boss who served Nigerian police force gallantly. His contribution to the image of police is still a reference point up till today. He will be sorely missed by the police, Ogbomosoland, Oyo State and Nigeria in general”, he said.