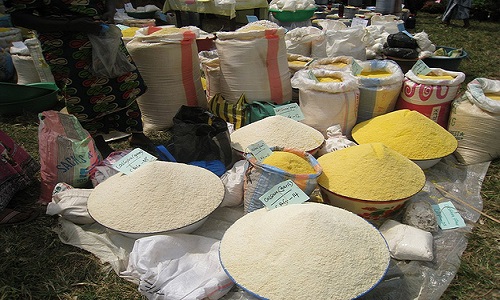 Amid fears of a Lassa fever outbreak, the Cross River government has warned residents of the state against drinking “Garri”, a staple food made from processing of Cassava tubers, for now.

The staple is popular among residents of the state, especially in the rural areas, where Cassava is largely grown and processed into garri for consumption.

The Commissioner for Health in the state, Inyang Asibong, gave the warning on Monday in an interview with the News Agency of Nigeria (NAN) in Calabar.

Mr. Asibong, who restated that Lassa fever was a hemorrhagic fever transmitted from rats to humans, said the warning became imperative as the causative agents, rats, may have urinated or defecated on the garri during preservation by different handlers.

She noted that because of poor storage, rats easily had access to the food item.

Mr. Asibong disclosed that the government had distributed anti-viral drugs to 1,031 community health centres across the 18 local government areas of the state to check the imminent outbreak of Lassa fever.

According to Mr. Asibong, the anti-viral drugs, “Ribavirin” is distributed in line with the sensitisation campaign carried out in 1,500 communities across the state.

The commissioner, who said the state government was concentrating on enlightenment on the dangers of the disease, appealed to the people to promote “good personal hygiene”.

“We have distributed Lassa fever drugs to 1,031 community health centres in the state and we have equipped all the centres adequately.

“The Cross River Government is concerned about the health of the people, and that is why we are doing everything possible to ensure that we keep the disease out of the state.

“Members of the public should promote good community and personal hygiene by keeping their environment clean”, she told NAN, expressing gratitude to God that the state has not recorded a case.

“Covering of foods and other consumable items as well as washing their hands regularly with soap and water is highly advisable.

“We are grateful to God that we have not had any case of Lassa fever in Cross River, we are aware of the outbreak in some states in Nigeria”.

“The state government is ready to collaborate with the World Health Organisation and other relevant agencies to provide adequate anti-viral drugs in the state”, she said.

She advised health workers to adhere strictly to universal precautions when caring for patients with suspected or confirmed with Lassa fever.

The commissioner also advised members of the public to store their food and grains in areas where rodents could not have access to eat and urinate on them.

Lassa fever is now in 12 states across the federation and has claimed over 40 lives since November 2015.