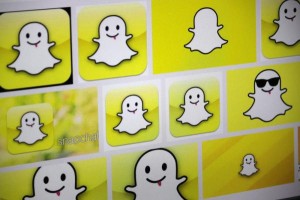 Police in California said they arrested an armed robbery suspect who allegedly exchanged Snapchat information with a victim and posed for a selfie with her. The Pacific Grove Police Department said Victor Almanza-Martinez, 18, of Castroville, was one of three men who approached a car containing four people Wednesday and ordered them out of the vehicle at gunpoint.

The three men robbed the victims, and Almanza-Martinez then allegedly exchanged Snapchat handles with a female victim and snapped a selfie with her, which he then sent to the victim, police said. The suspects fled in the victims’ car, a black 2013 Chrysler 200, investigators said.

Police said investigators identified Almanza-Martinez from the Snapchat selfie, which the victim shared with police. He was arrested and charged with armed robbery, kidnapping, possession of stolen property, conspiracy, violation of probation and gang enhancements.

Almanza-Martinez was taken to the Monterey County Jail in lieu of $170,000 bail. Police said they are still seeking the other two suspects and the stolen car.