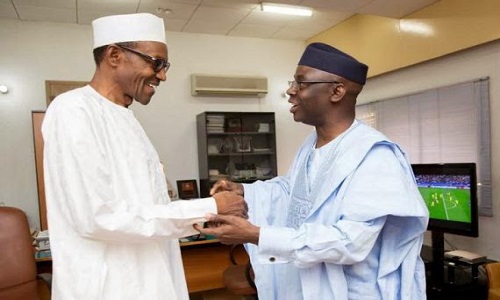 The co-convener of Save Nigeria Group and fiery preacher, Pastor Tunde Bakare, has advised governments at all levels to cut cost by reducing the number of political appointees and their remuneration.

Bakare, who made the call in his state of the Nation broadcast during Sunday’s church service at the Latter Rain Assembly in Lagos, where is serving overseer, said: “If we are serious about sound financial management, a more significant reduction in the size and cost of running government will be required than this administration has been able to effect.

“The government re-sizing process has been hampered by structural anomalies and constitutional constraints.  For instance, of what use is a bloated legislature that could potentially gulp 25 per cent of the national recurrent budget?  Of what use is a profligate governmental structure characterised by minuscule but treasury-draining federating units? Of what use is a constitutional provision for the appointment of 36 ministers even when we have no need for so many?

“As for the state governments, care must be taken not to provoke the rage of poorly paid civil servants by reducing the minimum wage of impoverished workers. What they should do is devise a reasonable policy direction that will lead to a reduction in the salaries of politicians and political appointees, reduce security votes, trim the size and cost of governance, and embark on revenue mobilisation strategies”.

To rise out of the financial conundrum, Bakare suggested that President Muhammadu Buhari should pursue true federalism, empowering the geopolitical regions to develop economically as in the past.

He also pleaded with the president, with whom they ran a joint ticket in the 2011 presidential election, to revisit the report of the 2014 National Conference, which he said reflected the pre-election promises of his party, the All Progressives Congress (APC).

He said: “I appeal to Mr. President not to ignore the report of the 2014 National Conference! God went ahead of you to provide a navigational map with which you can begin to steer the ship of state to a safe destination.

“Just as this government adopted the Integrated Personnel and Payroll Information System (IPPIS), the Government Integrated Financial Management Information System (GIFMIS) and the Treasury Single Account (TSA) , which were conceived by the Goodluck Jonathan administration, the Buhari-led government should embrace the report of the 2014 National Conference. That report may have been produced under a PDP government but it is not a PDP document. It is a Nigerian people’s document. Delegates to the 2014 National Conference, East, West, North and South endorsed the report without a single vote on any issue”.

In addition to Buhari’s efforts on deregulation and diversification, Bakare advised him to add devolution, which would involve reviewing the structure forms of government.

On the ongoing probe into the $2.1 billion arms deal fund, the clergyman called for the sack and prosecution of the Central Bank of Nigeria (CBN) governor, Godwin Emiefiele, because of the role of the apex bank in the widely publicized scandal

Bakare accused the CBN under Mr. Emiefele of contributing negatively to the Nigerian economy, adding that the former Zenith Bank boss should be booted out of office and prosecuted.

He said: “The government must examine carefully, the argument of economists, that sound monetary policy including proper management of the exchange rate regime by the CBN would eliminate the need for subsidies.

“The intricate connection between monetary policy on the one hand and the fuel subsidy debate on the other, makes the management of the CBN a major concern.

“To the discerning, the CBN currently contributes negatively to the Nigerian state in more ways than one. Firstly, the CBN has become a conduit for politicians to drain the nation.

“Otherwise, how can a letter of barely two paragraphs addressed to the current CBN Governor, Mr. Godwin Emefiele, by the then National Security Adviser (NSA), Col. Sambo Dasuki (rtd.) , become the Authority to Incur Expenditure (AIE) leading to cash flow of $47 million (US dollars) and several millions of euros?”

“In decent climes, the CBN Governor cannot continue in office while the NSA is accounting for his alleged misdeeds”, he added.