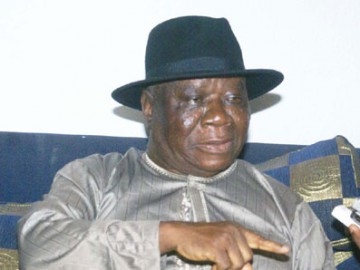 Ijaw leader, Chief Edwin Clark, has urged President Muhammadu Buhari to intervene in the alleged harassment of the people of the Niger Delta for the maintenance of peace and stability in the region.

In a letter dated January 22, 2016, Chief Clark asked President Buhari to investigate the humiliation of Chief Government Ekpemupolo (Tompolo), the proposed scrapping of the Maritime University in Okerenkoko, Warri South West Local Government, Delta State, established by former President Goodluck Jonathan and refund of the money already released for the project as disclosed by the Minister of Transportation, Rotimi Amaechi when he appeared before the Senate Committee on Marine Transport.

Clark advised President Buhari to be wary of some persons around him who may be misinforming him and creating problems for him.

According to the Former Federal Commissioner for Information, the Niger Delta region lays the golden egg, yet goes through humiliation and harassment by the government. He noted that except for one or two persons, no Niger Delta person or any one from Ijaw land owns an oil bloc, as they were being controlled by other people from other regions.

However, Chief Clark who condemned the renewed blowing up of major oil and gas pipelines by militants in the Niger Delta region of the country, urged the president to bring all the culprits to book, but exonerated Tompolo, who he called a civilized Nigerian that can never be part of such.