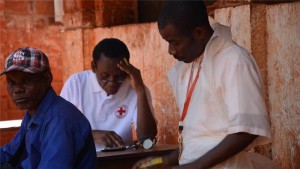 Tanzania is struggling to contain a deadly outbreak of cholera that has claimed at least 222 lives since August, the United Nations has said.  In a statement released to Al Jazeera on Thursday, the World Health Organisation and UNICEF, the United Nation’s children’s fund, said that the outbreak was straining local capacities and resources, and posed “a high risk to lives and the economy”.

According to the UN, the number of reported cases of cholera has climbed to 14,303 across 27 districts in the country since the outbreak began last August.  Cholera is a deadly diarrhoeal disease that can kill within hours if left untreated. Results from water quality surveys show that the source for the outbreak is contaminated water, usually borne out of poor hygienic practices and lack of sanitation facilities.

Authorities say the first case was reported in Dar es Salaam’s Kinondoni district in August 2015 before spreading throughout the Dar es Salaam region, including Zanzibar. Reliefweb reported that a surge in cases in November suggested that without a “significant and rapid intervention” there is a very real possibility that up to 40,000 people could be at risk.

The Tanzanian government says it believes it is well on the way towards successfully managing the scourge.
Rapid response teams had been deployed to the most affected areas to assist the work of the regional and district health authorities, Dr Janneth Mghamba, the assistant director of the epidemiology and disease control section at the Ministry of Health and Social Welfare, told Al Jazeera.