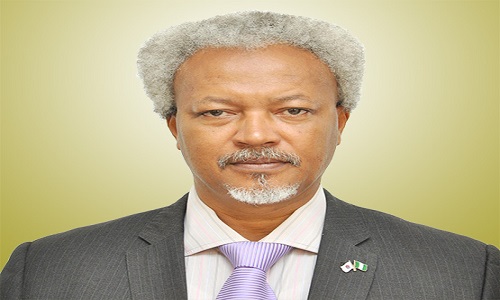 The Minister of Communications and Technology, Adebayo Shittu has suspended the Director-General of the National Information Technology Development Agency (NITDA), Mr. Peter Jack indefinitely for “misconduct”.

The suspension of Mr. Jack was contained in a statement by the Special Assistant on Media to the Hon. Minister of Communications, Victor Oluwadamilare.

The suspension took effect from Wednesday.

According to Oluwadamilare, the suspension became necessary following the barrage of petitions regarding several alleged wrong doings in NITDA and subsequent preliminary findings of an Investigative Committee set up by the Ministry.

“The petitions against Mr Jack relates to illegal employments not approved by the appropriate authority and procurements carried out in direct contraventions of laid down rules and procedure unknown to Civil Service administration in Nigeria”, the Minister said.

The statement reads: “Some of the infractions identified by the Investigative Committee made up of three senior Ministry officials include unauthorised illegal recruitment of additional staff totaling 245 within a spate of seven months.

“According to the Committee’s startling findings, ‘as at 29th May, 2015, NITDA only had a staff complement of 74. But from May, 2015 to 31st December, 2015, additional 245 staff were employed in questionable circumstances despite clear instruction from the Ministry directing suspension of employment in the Agency’.

“These disclosure were deduced from the records provided by Mr Jack, although he was unable to provide concrete information on whose authority he embarked on the massive recruitment and who granted him the authority for officials to be seconded to NITDA from other MDAs”, the statement added.

The Minister said prior to this development, he specifically directed Mr. Jack not to embark on a recruitment exercise purported to have been scheduled for 17th December, 2015, but he defiantly disobeyed the directive and went ahead with the exercise without authority.

“Consequently, Mr. Jack has been suspended from office as NITDA’s Director-General so as to allow for further independent investigations of his stewardship in the last three years”, Shittu said.

Meanwhile, an acting DG for the agency has been appointed. He is Dr. Vincent Olatunji.

Until his appointment, Dr. Olatunji, who joined the services of NITDA in 2002, was the Director of Corporate Strategy and Research in the Agency.

The Minister said the appointment took immediate effect, pending the outcome of the planned investigations.