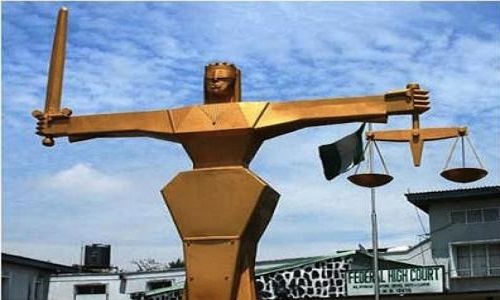 Justice Mohammed Idris of the Federal High Court in Lagos on Monday warned the Federal Government and Distribution Companies (DISCOs) against going against subsisting court orders on electricity tariff.
The judge said the government must not act in a way that shows disdain for the court in a constitutional democracy.
Justice Idris said: “The point must be made that obedience to the rule of law by all citizens but more particularly those who publicly take the oath of office to protect and preserve the Constitution is desideratum to good governance and respect for rule of law. ‎In a constitutional democratic society like ours, this is meant to be the norm.
“It is an act of apostacy for government to ignore the provisions of the law and the necessary rules meant to regulate matters.
“I must say it loud and clear that the government of this country shall be a government of laws and not of men”.
Protests by labour unions have trailed the new power tariff approved by the Nigerian Electricity Regulatory Commission (NERC).
It would be recalled that an activist/lawyer Toluwani Adebiyi last year filed a suit seeking a perpetual injunction restraining NERC from implementing any upward review of electricity tariff without significant improvement in power supply for at least 18 hours a day.
Justice Idris made an order directing parties to maintain status quo.
But, while the suit was pending, the NERC announced the take-off of new tariff prices, which are as high as 40 per cent.
Adebiyi on Monday informed the court that he has initiated contempt proceedings against NERC chairman and DISCOs’ Managing Directors for disobeying the court’s orders.
The lawyer is praying the court to commit the alleged contemnors to prison.
However, NERC’s lawyer, Chief Anthony Idigbe (SAN), said he had filed an appeal against the order by Justice Idris.
Idigbe said he also had a pending application for stay of proceedings pending determination of the appeal.