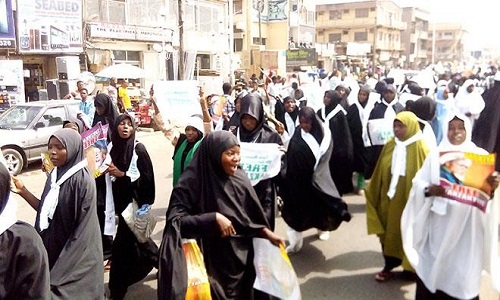 The Islamic Movement in Nigeria otherwise known as Shi’ite sect, yesterday reiterated its stand that it would only appear before the Judicial Commission of Inquiry set up by the Kaduna State Government to look into the December 2015 clash with the Army in Zaria, if its leader, Sheik Ibrahim El-Zakzaky is released.

The interim leader of the movement, Sheik Yakubu Yahaya, also listed the release of corpses of slain Shi’ites and other members of the movement detained after the clash as conditions for its appearance before the panel.

Speaking at a news conference in Katsina yesterday, Sheik Yahaya said other conditions include proper constitution of the committee’s membership by including their members, local and international human rights organisations and independent lawyers.

He insisted that the present composition was lopsided with retired soldiers and scholars who had written over 40 books criticising the movement and wondered how they could get fair hearing from such a panel.

“From the foregoing, the recent statement of General Buratai at the human rights sitting calling for the ban on the movement shows a pre-emptive move targeted at us, we have been in existence for over 40 years and our right to association and religious understanding is  being trampled upon”, he said.

“We are not terrorists, don’t own any weapon and we don’t intend to have any, we are ready to help in exposing anyone with weapons, so stop capitalising on this allegation to drag our name in the mud”, he added.

The movement also released the names of 188 of its members in prison and 10 in hospital.