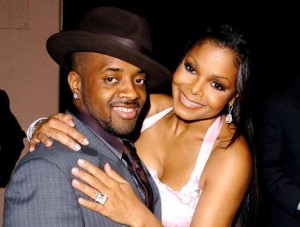 Veteran music producer, Jermaine Dupri aka JD, has admitted that he was responsible for the breakup between himself and Janet Jackson.

JD revealed that he was the cause of what ended their 8 year relationship.

In his recently released interview on Power 105.1 FM’s ‘The Breakfast Club,’ the iconic music producer told hosts DJ Envy, Angela Lee and Charlamagne Tha God, that he probably caused the split because “he’s not perfect”.

“I believe that my life is a definition of a journey and inside that journey there were supposed to be things that happen and me having a relationship with her [Janet] I definitely  know it was part of my life that I was thought a lot for these 8yrs and I look at it like that. I don’t know if it was supposed to stay, but it was supposed to come into my life and teach me what I have learned.”

When asked, If he ever regrets loosing Janet, he replied, “I don’t know”.

When asked if the rumors that he caused the split were true, Dupri said, “I probably did, I’m a guy. .”Before relating to Usher’s new album title, ‘Flawed’:

“I called Usher up about his new album titled -Flawed – because I heard of it like you guys did and he told me ‘I’m tired of people thinking that I am perfect, I am not perfect. The way I deal with my kids and deal with all kinds of situations, I might mess up but I am me…’ So I feel the same way that I am flawed. I take that on a chain that I messed up.”

When asked if he’ll every write/sing about his story with Janet, “Why?”, Durpi replied, “I don’t want to be the guy that dates [female celebs]… I was getting tired of people calling me Jermain Dupri, Janet’s boyfriend. I just want to be known as the guy who continued putting out a lot of good music.”