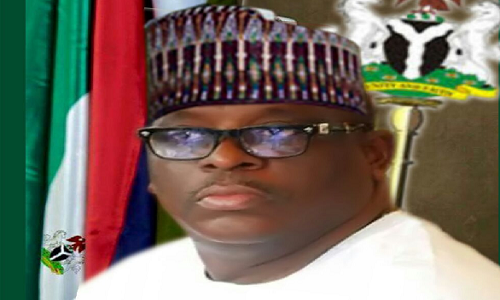 The Senate, Minister of Justice and Attorney-General of the Federation (AGF) and the National Drug Law Enforcement Agency (NDLEA) have reached an understanding on Senator Buruji Kashamu.

The agreement was reached between the parties following the intervention of the Senate Committee on Ethics, Privileges and Public Petitions.

Kashamu’s lawyer, Barrister Ajibola Oluyede, had petitioned the Senate over a fresh plot by the NDLEA to abduct the senator and extradite him to the United States of America (USA) where he is to face drug trafficking charges.

Although Sen. Kashamu denies any wrongdoing, claiming he’s a victim of mistaken identity, the NDLEA is seeking every means possible to arrest him, so that he can be extradited to face trial in the U.S.

It was learnt that following the parley with members of the ethics committee last Wednesday, it was agreed that rule of law must be followed on Kashamu’s case.

The chairman of the committee, Samuel Anyanwu, said the parties have resolved to halt further action on the matter, pending the determination of the suit on the matter at the court.

“The Senate, AGF, NDLEA have unanimously agreed to stop further harassment, intimidation, abduction and extradition of Kashamu until the conclusion of the matter at the law court. We also agreed that the rule of law and due process must be followed in the case”, he said.