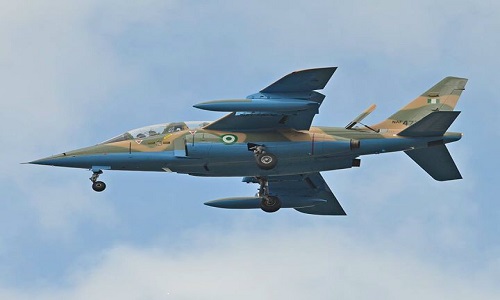 The Nigerian Air Force, NAF, Saturday denied widely circulated reports that it had spotted a possible location where the school girls, who were kidnapped by Boko Haram insurgents on April 14, 2014 from their hostels in Chibok, Borno State, were being held in Sambisa forest.

In a statement by its Director of Public Relations and Information, Ayodele Famuyiwa, the Nigerian Air Force categorically denied the claim that it spotted the girls.

“The attention of the Nigerian Air Force (NAF) has been drawn to a statement to the effect that the NAF has located the position of the Chibok girls”, Famuyiwa, a Group Captain said.

“Please let it be known that this statement is a misrepresentation of the interview that the NAF Director of Public Relations gave the Channels Television that was aired on Friday 12 February 2016.

“The NAF is hereby making it categorically clear that in the said interview the Director made mention of the NAF’s ability to identify POSSIBLE LOCATION that the girls might be in.

“Hence, the NAF wishes to categorically state that it has at no time identified the specific location of the Chibok girls.

However, it is working round the clock with surveillance aircraft covering the over 157,000 km2 area of the North East in order to identify the position of not only the Chibok girls but other Nigerians that might have been held captives.

While the specific position of the missing schoolgirls is yet to be ascertained, the NAF spokesperson said the force would continue with surveillance flights around the area.

The aim of such flight, Group Captain Famuyiwa said, is to degrade the capacity of the terrorists and to locate the position of the missing girls and other Nigerians under any form of captivity.