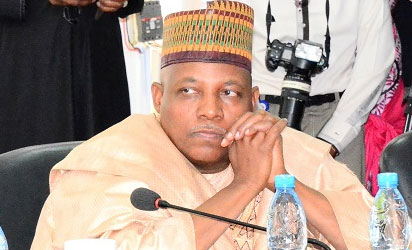 The delegation, according to reports, negotiated for a multi-billion dollar loan with the Islamic Development Bank of Jedda this month without seeking the approval of the federal government in line with the constitution.

Speaking through his spokesman, Mr. Samuel Aruwan, Gov. el-Rufai, in response to Vanguard’s inquiry on the matter said: “Your best contact on this matter is the Governor of Borno State, Kashim Shetima. He is the Chairman of Northern State’s Governors’ Forum who also led the delegation.”

“The action of the governors runs contrary to the relevant provisions of the act that clearly and unambiguously rest the exclusive right to borrow externally on the federal government,” Sani said.

“The Debt management office act 2003, section 21 and external borrowing guidelines, 2008-2012, paragraph 2.1 clearly states that any government or its agencies can only obtain external loan through the federal government and such loans must be supported by federal government guarantee. The act is explicitly clear that no state, local government or federal agency shall on its own borrow externally.

“Governors of the northern states cannot just jet out to Saudi Arabia to solicit or collect loans without following the due process of law. The law further states that state governments and their agencies wishing to obtain external loans shall obtain federal government approval in principle from the federal Ministry 11of Finance. This is the provisions of paragraph 2:2 (II) of the external borrowing guidelines

“In addition to the above, paragraph 2.2 (v) of the same guideline succinctly declares that all external borrowing proposals of the governments and their agencies for the next fiscal year must be submitted not later than 90 days preceding the year to the minister of finance for incorporation into the public sector external borrowing program for the coming year.

“Paragraph 2:2 (vii) demands that borrowing proposal must be submitted to the federal ministry of finance and the Debt Management office for consideration,” Sani pointed out.