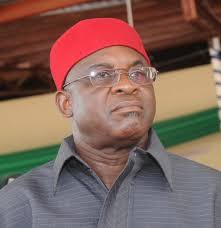 Former Senate President, Senator David Mark, yesterday advised against any form of reprisal attack on herdsmen in any part of Benue south district.

Addressing his constituents separately in Oshigbudu, Ugbokpo and Idekpa in Agatu, Apa and Ohimini local government areas of the state, in continuation of his peace mission in the aftermath of the Agatu killings, Mark also urged survivors of the killings, squatting in various parts of the state to return home.

He assured that the government had beefed up security in the area and was already making necessary efforts to find an amicable solution to the lingering crisis for peace to reign in the area.

He pleaded with the state and Federal governments to intervene by rebuilding the war ravaged communities as well as rehabilitating the survivors to resume their routine farming business.

Senator Mark also urged the invaders to halt further destruction of farm crops and other economic trees belonging to the Agatu people.

“It is sad enough that scores of lives have been lost. But the continued destruction of the peoples’ crops and other economic trees is inhuman and unacceptable. The government has promised to investigate the remote and immediate causes of the hostilities. I’m sure the truth would be unearthed and both parties would find a common ground for peace and harmonious coexistence,” Mark said.