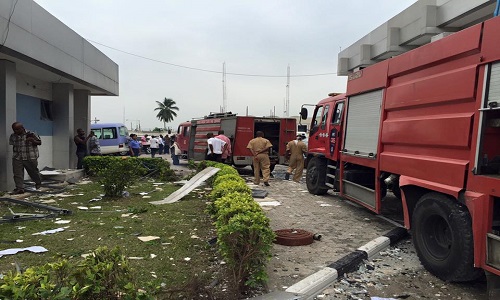 Governor of the Central Bank of Nigeria, CBN, Godwin Emefiele, on Monday visited the Calabar branch of the bank that was rocked by gas explosion last Friday.
The CBN governor, who refused to speak with journalists, also visited the victims of the blast at the University of Calabar Teaching Hospital.
Mr. Emefiele also inspected the site of the blast before leaving the bank’s premises immediately for Abuja.
Four persons were reported dead in the blast, while several others were injured.
The CBN governor’s visit to the victims in the hospital was not open to journalists, but it was learnt that arrangements had been concluded for those who were in critical conditions to be transferred to other health facilities within or outside country where necessary.
(NAN)