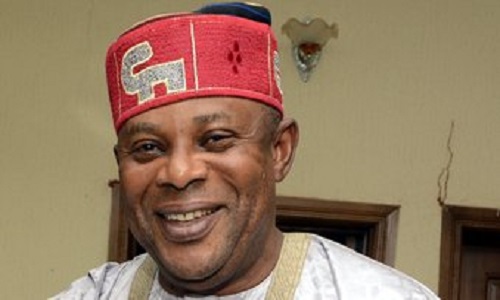 Faleke made the call on Monday while being led in evidence at the tribunal in Abuja by his counsel, Wole Olanipekun (SAN).

“I confirm to all the documents that were tendered this morning to be the ones I refer to in my petition.

“I will like to adopt the documents in my witness statement on oath and as my evidence in the petition.

“I want the tribunal to accept my petition and grant my reliefs as stated in paragraph 27 of my witness statement on oath and declare me as the winner”, Mr. Faleke said.

In response to a question during cross-examination by the counsel to the 1st respondent, the Independent National Electoral Commission, if he was still a member of the All Progressives Congress, the deputy governorship candidate answered ‘yes’.

“I was also not an aspirant at the primary election, but one of the conditions Audu picked me as his running mate was because I am a member of the APC”.

He told the tribunal that he did not know any of the candidates who contested with the late Audu.

According to Faleke, “I did not see the result of the primary election because I left the venue but the next information I had is that late Audu won the primary and I was chosen as the running mate”.

He also told the tribunal that the result of the election, which he said he co-won with Audu, the late APC candidate, was declared in each polling unit and each of the ward collation centres.

Mr. Faleke said the death of Mr. Audu had nothing to do with the inconclusiveness of the election and that they had already won before it was declared inconclusive.

He said he knew they had already won the November 21 governorship election and that was why he did not participate in the December 5 election.

“The state’s Returning Officer declared the result at the state collation centers.

The News Agency of Nigeria (NAN) reports that part of the documents that was tendered and admitted in evidence weee Form CF001, Form CF002 and many more.