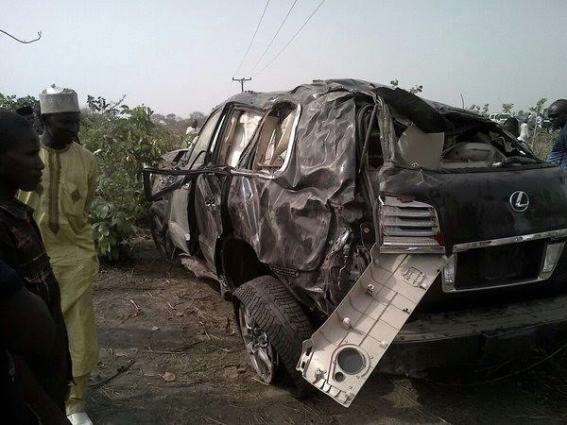 The Federal Road Safety Corps, FRSC, said on Sunday that the remains of the late Minister of State for Labour and Employment, James Ocholi, SAN, have been deposited at the morgue of the National Hospital, Abuja.

The spokesperson of FRSC, Bisi Kazeem, confirmed to the News Agency of Nigeria in Abuja that the corpse of the minister was taken to the hospital along with two other casualties.

According to Mr. Kazeem, the deceased lost their lives in a crash that occurred at Kilometre 57, along Kaduna-Abuja highway on Sunday.

“The minister and two other occupants died eventually, while four people were injured”, he said.

Although Mr. Kazeem did not give details of the other victims of the crash, it has been confirmed that the other two deceased are the minister’s wife, Blessing, and son, Joshua.

“It is with great sadness that the Kaduna State Ministry of Health and Human Services further announces the death of Mrs. Ocholi at Doka Hospital, who was in coma since the accident near Rijana, along the Kaduna-Abuja Road.

Earlier, the death of Minister Ocholi and his son were announced. May their souls rest in perfect peace, Amen”, El-Rufai wrote.

The late Mr. Ocholi, a Senior Advocate of Nigeria, was 55-years-old.