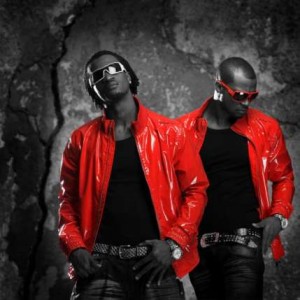 More and more dirty details have continued to surface after Peter Okoye since the rift between the brothers started.

Peter revealed that the current rift between himself and his brothers is not a publicity stunt as many are thinking.

In his latest interview, Peter said, ‘I hear lot of people think it’s all a stunt, and that’s what I really want to put an end to. It’s not a stunt at all. It has been going on for a while’.

‘When Jude didn’t come to my wedding, people started saying we broke up and then others said it’s a stunt, then when Paul posted those lyrics stuff on Instagram people thought it was a stunt too, but the truth is that, this is not and has never been a publicity stunt’.

Speaking further, he said, ‘I am telling you the truth, I am moving on because people are already getting tired of this Psquare brouhaha, now I have my manager Olatunde Michaels and I expect everybody to respect that. I am a family man, a musician, singer and dancer, if I don’t move on, Psquare will collapse and there’ll be nothing left’.

‘Last week Yemi Alade sent me her album track list to help her share on Instagram, guess what I saw, she had a song with Psquare that I didn’t even know about. Only Paul did it,’  Peter divulged.