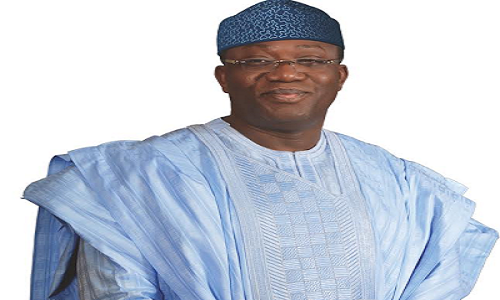 The immediate past Governor of Ekiti State, Dr. Kayode Fayemi, on Tuesday failed to honour a scheduled appearance before the State House of Assembly which summoned him two weeks ago to explain how Universal Basic Education Commission (UBEC) funds were spent during his tenure.

The lawmakers accused Fayemi, who was governor of the state between 2010 and 2014 of diverting N852.9 million UBEC funds, an allegation he vehemently denied.

Fayemi, who is Minister of Solid Minerals Development, wrote the lawmakers explaining that he could not appear before them as requested due to what he called “prior scheduled state engagements”.

The Speaker, Kola Oluwawole, who spoke with reporters after a special sitting held in honour of a deceased member of the Third Assembly, Ajewole Ashaolu, disclosed that the ex-governor’s letter has been referred to the Committees on Public Accounts and Finance and Appropriation.

Oluwawole had earlier read Fayemi’s letter in response to the House resolution mandating him to appear and make clarifications on UBEC funds shortly before the special session held in honour of the late Ashaolu.

The minister, in a letter dated March 21 signed by his Personal Assistant, Tolu Ibitola and addressed to the Clerk of the House, Tola Esan, said all matters relating to his stewardship are contained in his handover note.

The letters reads: “We acknowledge receipt of your letter being an advisory on the referenced resolution of the Ekiti State House of Assembly dated March 10.

“Regrettably, Dr. Kayode Fayemi, the Minister of Solid Minerals Development, is unable to honour the House’s invitation as contained in the resolution due to prior scheduled state engagements.

“The minister has, however, asked that I draw your attention to the fact that all matters relating to his stewardship of public office in his previous role as the Governor of Ekiti State, between October 16, 2010 and October 15, 2014, are well documented in his handover notes, which was duly submitted to the Government of Ekiti State at the expiration of his tenure on October 15, 2014 as statutorily required.

“A copy of the said report was also shared with the House for the record.

“The minister will be pleased to respond to specific clarifications the House may wish to make further to your diligent examination of the handover notes.

“May we use this opportunity to convey the assurances of the minister’s highest regards”.

Oluwawole said: “We expected him to appear today, but he did not show up. He, instead, responded through a letter, saying that he wouldn’t be able to come owing to certain official duties.

“He said his stewardship was detailed in the handing over note he presented to Governor Ayo Fayose and that the issue of the SUBEB fund was also in it”.