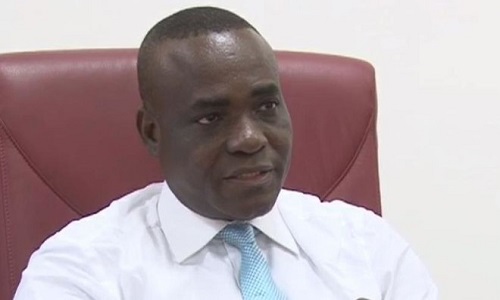 The Senior Special Assistant to the President on National Assembly Matters (Senate), Ita Enang, on Monday said President Muhammmadu Buhari did not reject the 2016 budget as being speculated.
Mr. Enang told journalists in Abuja that media reports alleging that the budget had been rejected were untrue.
He said what Mr. Buhari did before travelling to China was to send the budget to ministries in order to get feedbacks that would inform his assent.
“The president received the budget and convened an emergency Federal Executive Council meeting.
“He gave each of the ministers, departments and agencies the opportunity to look at the details as submitted by the National Assembly.
“This is to enable him get opinion on the state of the budget to enable him take a decision.
“The exercise was conducted on Friday and it is ongoing by the different ministers and ministries”, he explained.
Mr. Enang said Mr. Buhari currently had not exceeded the constitutional time frame to assent to the budget, adding that it should not be assumed that the budget had been rejected.
“The constitutional time frame for Mr President’s receiving and considering the budget began on Friday last week.
“The question has not arisen as to returning or otherwise.
“But I want to say the best way we as liaison officers are handling this matter is to speak less and work more, creating interactions.
“So, we will raise more interactions, consultations, engagements.
“There is nothing for the country to worry about, because we do not want to have crisis between the Executive and the Legislature, and it would not arise; this is one government”, he said.
(NAN)