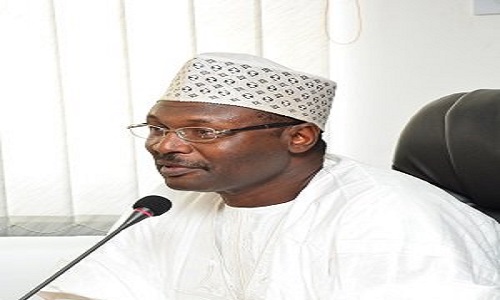 The Independent National Electoral Commission (INEC) has said that no governor, House of Representatives member or senator will be allowed to monitor this Saturday’s elections in the Federal Capital Territory, FCT, Abuja.
This is just as the commission declared that the restriction of movement in the April 9 FCT area council polls is total.
The INEC Chairman, Prof. Mahmood Yakubu, stated this yesterday in Abuja at a stakeholders’ forum ahead of the polls.
According to him, only accredited people on legitimate election duties would be allowed to monitor the election, adding that the restriction also includes members of the House Committee on INEC.
“We have accredited observers and monitors and there is a procedure. Vehicles on legitimate election duties will be identified and therefore the prescription of movement is total”, he said.
Prof. Yakubu said accreditation and voting would commence simultaneously at exactly 8 a.m while the smart card readers had been configured and charged ahead of the election.
“I appeal to all political parties and their supporters to maintain peace in the last days of their campaign and during elections and beyond. Reports of the outbreak of violence resulting in loss of lives in Gwagwalada are worrisome to the commission. We are equally disturbed by the report to attack the INEC headquarters in Abaji, nevertheless, we have received assurances from security agencies of peaceful, free fair polls”, he said.
In his remarks, the Inspector General of Police, Solomon Arase, who was represented by the FCT Commissioner of Police, Wilson Inalegwu, said the restriction of movement is between 7a.m. and 4p.m.
He assured stakeholders of security throughout the election.
The FCT Resident Electoral Commissioner, Prof. Jacob Jatau, said the commission trained a number of ad-hoc staff for the election.
“We have successfully completed the training of over 9,000 ad-hoc workers for the election”, he said.
Jatau, however, expressed dismay that only 646, 883 residents had collected their Permanent Voters Cards while he appealed to residents to take advantage of the two-day extension to collect their PVCs at various INEC area council offices as the collection deadline had been extended to Thursday, April 7.
Card readers will be deployed to 562 polling units, 2, 207 voting units and 246 voting points, he said.
The stakeholders’ forum was attended by candidates, political parties, observes and security agents.