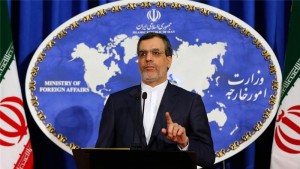 Iran has received a batch of S-300 long-range, surface-to-air missile systems from Russia, the Iranian foreign ministry has said.  In a recorded statement broadcast on state television on Monday, Jaber Ansari, spokesperson for the Iranian foreign ministry, told a news conference that the “first phase of this (delayed) contract has been implemented.”

“The first batch of Russia’s S-300 air defense missile systems has arrived in Iran,” he was quoted as saying.  Ansari was replying to reporters’ questions about videos on social media showing what appeared to be parts of an S-300 missile system on trucks in northern Iran. In February, Russian state news agency RIA Novosti reported that Moscow planned to soon send its first delivery of S-300 missile systems to Tehran.

That report said the systems would be transported from the southern Russian city of Astrakhan via a direct water route through the Caspian Sea to Iran.   Russia and Iran signed a contract to deliver several S-300 missile systems in 2007, but Moscow nixed the deal because of UN sanctions against supplying weapons to the Islamic republic.

RIA Novosti reported that the deal had been worth about 900 million dollars.
Last year, Iran reached an international agreement on regulating its nuclear programme to remove sanctions, and Russian President Vladimir Putin then signed a decree to allow his country to sell weapons to
Iran.