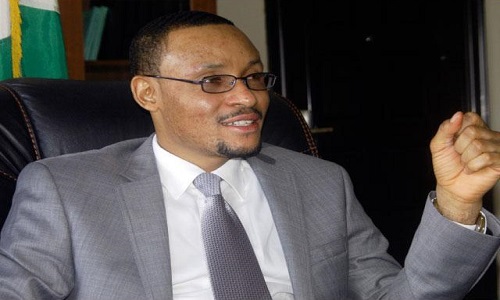 The Economic and Financial Crimes Commission, EFCC, Wednesday reiterated its position that there was no concrete evidence of corruption that could provide grounds for the prosecution of the Chairman of the Code of Conduct Tribunal, Justice Danladi Umar.
The EFCC said the allegations against Justice Umar were “suspicious” and “insufficient”.
In a letter addressed to the Secretary to the Government of the Federation, Babachir Lawal, the anti-graft agency said the CCT chair was being cleared the second time after its personnel carried out a thorough investigation on the petitions against him.
The Head of Public Relations of the Code of Conduct Tribunal, Ibraheem Al-hassan, who disclosed the details of the letter in a statement yesterday, said the EFCC was responding to the conclusion of a petition against Mr. Umar that he allegedly received a N10 million bribe from one Abdulrashid Owolabi.
The statement reads: “The Economic and Financial Crimes Commission (EFCC) has today conveyed a letter to the chairman Code of Conduct Tribunal (CCT), Hon Danladi Yakubu Umar, exonerating him on the alleged N10 million bribe by one AbdulRashid Owolabi, in his petition to the commission,” Alhassan said.

“The letter was addressed to the secretary to government of the federation, captioned ‘RE: Investigation Report RE: N10million Bribery Allegation against the Chairman Code of Conduct Tribunal, Abuja’ with reference NO: EFCC/P/NHRU/688/V.30/99, dated 20th April, 2016’.

“The letter, which was signed by Emmanuel Adegboyega Aremo, secretary to the commission reads: ‘Kindly recall our correspondence of 5th March, 2015, (reference EFCC/EC/SGF/03/56) with the above subject, please. We would like to reiterate the commission’s position in regard to this matter as earlier communicated to you and stated that the allegations levelled against Justice Umar were mere suspicions and consequently insufficient to successfully prosecute the offence’”.

According to Alhassan, “today’s clearance letter was second to the previous one sent on the March 5, 2015 during the administration of President Goodluck Jonathan through the office of the then secretary to the government of the federation Chief Pius Anyim”.
Our correspondent reports that it the first letter written to Mr. Anyim clearing Mr. Umar of corruption allegations, the EFCC said while there was no strong case against the CCT chair, there was prima facie evidence to prosecute his personal assistant “who could offer no coherent excuse for receiving N1.8 million naira into his salary account from Taiwo, who is an accused person standing trial at the Tribunal”.
Since commencing the trial of the Senate President, Dr. Bukola Saraki over alleged false assets declaration, the CCT chair has come under intense with many, including supporters of Saraki, accusing him of being equally tainted and calling on him to excuse himself from hearing the case.
One of such supporters is Senator Dino Melaye, who used his organization, the Anti-Corruption Network, ACN, to petition the National Assembly that Mr. Umar used his office to purchase N34.9million exotic vehicles, furniture and other household items without following due process.
Mr. Umar denied the allegations.