Home Entertainment Did Janet Jackson have kids decades ago and put them up for...
Facebook
Twitter
WhatsApp 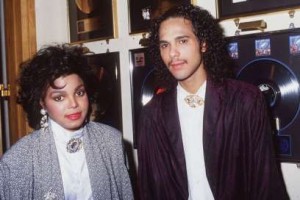 Veteran American singer, Janet Jackson has had her secrets exposed.

Her ex husband, James DeBarge, alleges that the singer has two secret love children which she put up for adoption.

DeBarge claims that the 50-year-old star who is now expecting her first child with Qatari business magnate husband, Wissam Al Mana, hid the pregnancies from him back in the 1980’s before giving the children up for adoption.

Speaking with the National Enquirer in a recent interview, DeBarge said:

“Someone went through some serious changes to make it impossible for me to find the truth.”

DeBarge goes on to claim that one of the children who is now a woman in her 30’s, had contacted him two years ago but they are yet to meet in person.