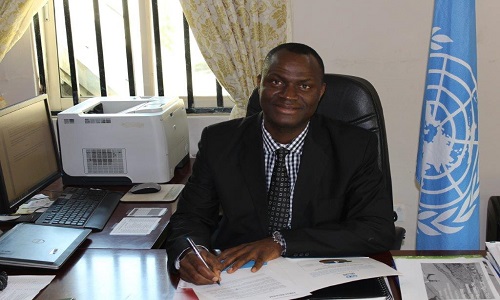 The federal government has condemned in strong terms the attack on Chevron Valve Platform in Warri South-West Local government area of Delta state by militants, saying the act is an “avoidable self-inflicted agony”.
A group known as the Niger Delta Avengers (NDA) claimed responsibility for the attack just as it also bombed pipelines supplying the Warri and Kaduna refineries with crude oil on Friday.
Speaking to journalists in Abuja on Friday, the Special Adviser to the President on Niger Delta and Coordinator of the Presidential Amnesty Programme, Brig.-Gen. Paul Boroh (retd.), while decrying the negative impact of destruction of oil and gas pipelines on the economy and environment, said government was open to dialogue, no matter the grievances of the group.

“Pipeline vandalism is an avoidable self-inflicted agony. It is unreasonable to engage in such criminal activity not only because of the resultant economic effect on the country but particularly as it also negatively affects the Niger Delta environment”, Boroh said.

He continued: “The act of vandalising pipelines is counter-productive apart from it being a crime against the state. Those involved in this nefarious activity are economic and environmental saboteurs. It will do well for them to refrain from it, as my office is always open to dialogue regardless of their grievances.

“The federal government already has in place a well-structured reintegration programme for youths of the region, which has helped in maintaining the peace and stabilising security of the region. The Amnesty Programme has made militancy unattractive in the region mainly because of the government’s sincerity and commitment to the programme. The proper thing is for those behind such activity to embrace dialogue”.

Commending security agencies for their commitment to ensuring peace in the region, the amnesty boss warned that his office would not hesitate to delist and bring to book any beneficiary of the programme that engages in criminal activity in the Niger Delta.