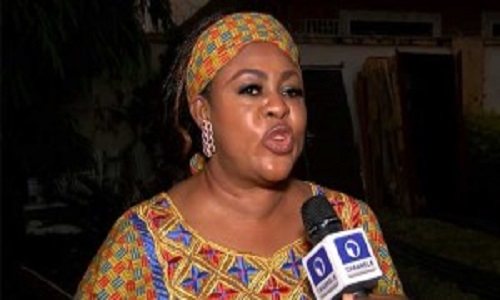 The Civil ‎Society Network Against Corruption (CSNAC) ‎has asked the Economic and Financial Crimes Commission (EFCC) to probe alleged gross abuse of contract award processes under former Aviation Minister now senator, Stella Oduah.‎
The group, in a petition to the EFCC on behalf of ‎the National Union of Air Transport Employees, NUATE‎, also called for investigation into alleged financial recklessness and theft in the ministry.‎ ‎
“We are in receipt of a petition from the National Union of Air Transport Employees (NUATE) wherein the organisation informed us of the financial recklessness, duplication of contract figures and abuse of due process in the award of contracts perpetrated by the former Minister of Aviation, Princess Stella Oduah in what she termed ‘Phase 1 of Airport Remodeling exercise’ which included the rehabilitation of terminal buildings in the 11 airports in the country.
“It is worthy of note that such corrupt activities have not only affected our economy negatively but also have adverse effects on the aviation industry. It also affects the safety of passengers patronizing the aviation industry in Nigeria as well as the welfare of staff and other stakeholders in the sector”, the petition which was signed by CSNAC National Chairman, Suraj Olanrewaju, said.