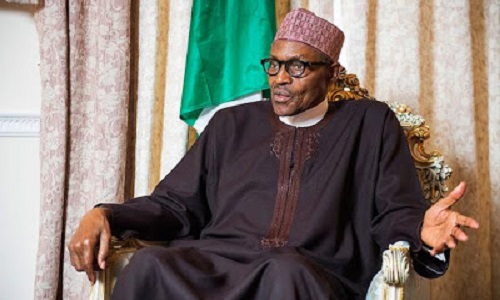 The Minister of Foreign Affairs, Geoffrey Onyeama, has disclosed that Nigeria is on the verge of repatriating £300 million stolen by former Nigerian public officials from Jersey.
He made the disclosure yesterday in Abuja at a press briefing organized by the Foreign Affairs Ministry as part of activities to commemorate the one year anniversary of President Muhammadu Buhari’s administration.
According to Onyeama, the stolen money stashed in Jersey, an independent English-speaking territory with a blend of British and French cultures, would have long been repatriated but for what he termed a last minute “objection” by the people, who were supposed to forfeit it.
“We are just in the process of repatriating that in the UK itself. Sometimes very often what happens is that the people, who have ownership or who claim to have ownership (of the money) might bring up a defence.
“Like if you take the one in Jersey, it is like 300 million pounds or thereabouts; now everything had been done to repatriate the money.
“It was no longer contested; and then at the last minute, an objection was raised by the people, who were supposed to forfeit those funds.
“So, of course the authorities in Jersey were obliged – as much as they would have liked to just go ahead and repatriate it – to go through certain legal procedures, because the other party would have a lawyer and there were legal issues.
“And then we have to now start going through that all over again; so that is really the challenge”, he said.
The minister, however, said it was a major achievement that the process has been triggered, adding that Nigeria would not relent in efforts to repatriate stolen funds.
He also said that the process of repatriation of looted funds stashed in other countries like Switzerland and U.S. was in progress.
“It is something that takes time – repatriation of stolen funds – because very often, you have to have an idea; you have to work on lead”.
According to Onyeama, the repatriation of all other funds is in progress even though the Western countries where the stolen funds are stashed are creating barriers that will make it difficult to repatriate the monies.
However, the minister said the Federal Government would consider some mechanisms that would be deployed to make it “a bit easier” for Nigeria to get back the stolen funds.
“That is why the anti-corruption summit and the initiatives of Mr President are really focused on these Western countries to remove some of those barriers, some of those lengthy procedures that are in place, that make it possible for these people to delay and delay and delay.
“And that is what we are looking at; they are coming on board now these Western countries, more and more.
“And so, we just have to look at mechanisms to make it a bit easier when it’s more or less clear, that the stolen funds require us providing all the evidence and it is never easy.
“It’s never an easy task”, Mr. Onyeama stated.