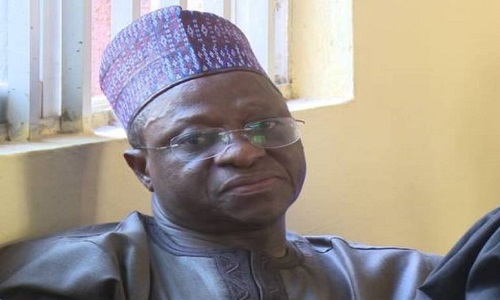 A Federal Capital Territory (FCT) High Court, Abuja, on Monday heard how the Plateau State Ecological Fund was provided to fund the re-election campaign of former President Olusegun Obasanjo in 2003.

Teme, who was the Majority Leader in the Plateau House of Assembly from 2003 to 2006, said the information was provided by former Plateau State Governor, Joshua Dariye, to the House Committee set up to investigate the petition filed against the governor by the EFCC.

According to the defence witness, the then Deputy Senate President, Ibrahim Mantu, invited all 24 members of the House to the National Assembly in 2004.

“His reason was that there was inefficiency on the part of the governor”, the News Agency of Nigeria (NAN) quoted the witness as saying to the court on Monday.

He also told the court that upon their arrival in the state, when they were still deciding on what to do, the whole party structure was dissolved.

“A state of emergency was declared and an interim government was formed”, he added.

Teme, who was charged along with Dariye and prosecuted in Lagos with other members of the House, was later discharged.