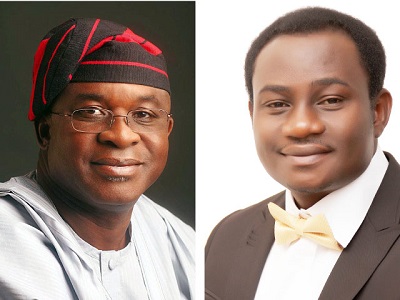 The National Assembly Election Petition Tribunal sitting in Makurdi, the Benue State capital, Thursday struck out the petition filed by the candidate of the All Progressives Congress’ (APC), Daniel Onjeh, against Senator David Mark of the Peoples’ Democratic Party (PDP) in the re-run election.

The Makurdi Division of the Court of Appeal last December in an appeal filed by Onjeh, nullified Mr. Mark’s victory in the March 28, 2015 Benue South senatorial district election and ordered the Independent National Electoral Commission, INEC, to conduct fresh polls.

The APC candidate, however, faulted INEC’s declaration of the former Senate president as winner of the re-run polls on grounds that the total number of votes canceled, 29, 273 was higher than the margin of win between him and Mark, which was 12, 571.

Delivering her judgment, Chairman of the Tribunal, Justice Chinyere Gloria Anulube, struck out the APC candidate’s petition for being statute barred – the petition was filed after the 21 days stipulated by the constitution.