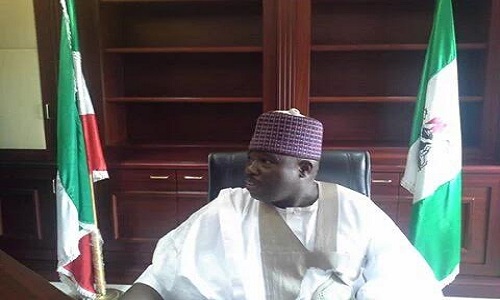 The caretaker committee of the Peoples Democratic Party, PDP, in Edo State inaugurated last week by the Senator Ali Modu Sheriff-led National Working Committee, has insisted on going ahead with the governorship primaries of the party in the State on Wednesday.

It would be recalled that Mr. Sheriff ‘suspended’ the Dan Orbih-led Executive Committee of the PDP in the state and proceeded to appoint an eight-member caretaker committee headed by Chief Ebenezer Alabi, to run the affairs of the state chapter for a period of three months.

Addressing journalists in Benin City, the state capital on Monday, Mr. Alabi claimed that the Independent National Electoral Commission (INEC) will monitor the governorship primary to be conducted by the faction this Wednesday.

Alabi, who is a former chairman of the PDP in Ondo state, insisted that the court rulings so far on the leadership crisis of the party gave Mr. Sheriff the powers to produce the authentic governorship candidate of the PDP in Edo state, warning that Ize-Iyamu emerged “through an illegal Caretaker Committee led by Ahmed Makarfi”.

Flanked by the secretary of the caretaker committee, Chief Edmund Zealiwe and others, Alabi narrated that “the leadership of our party under Senator Ali Modu Sheriff, invoked section 31, sub section 2E of the constitution of PDP by suspending the state Executive members of the PDP in Edo state led by Chief Dan Orbih, for three months and appointed a seven man committee to superintend the Affairs of the PDP in Edo state.

“We are holding our governorship primaries on Wednesday and the purpose of the primaries is to conform with (sic) the ruling of the court. You are aware that a lot of our members are in court as to who is the authentic leader of PDP in Nigeria because of the aborted convention we had in Port Harcourt. The court has made pronouncements. We are a democratic party and I believe we must follow the law.

“The court made orders that the position of the National chairman, National secretary and national Auditor are not vacant that they have powers to hold such offices until 2018. Apart from that there is a court ruling in Abuja that actually said the tenure of Modu Sheriff ends in 2017. But despite these rulings, some members of our party went to Port Harcourt and elected caretaker committee to run the affairs of the party”.

“Today, we are faced with the problem of who is the authentic person that can sign a valid nomination to INEC, presently the court ceded that power to Ali Modu Sheriff. So if we want to have a valid candidate for the election in Edo state, we must do something proper to carry out the order of the court. And that is why we are here to comply with the order of the law and ensure that we have a proper candidate for our party in the forthcoming governorship election in Edo state”, he stated. 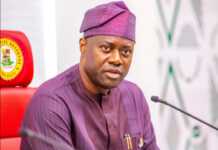