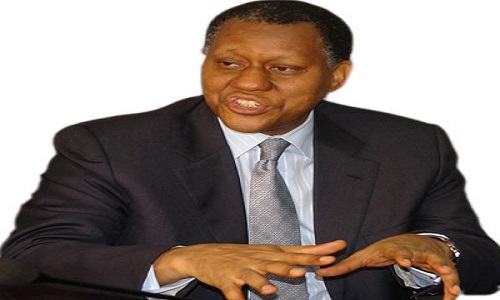 A former Minister of State for Petroleum Resources, Odein Henry Ajumogobia (SAN), who was named by Movement for the Emancipation of the Niger Delta, MEND, as one of its mediators in the planned dialogue with the Federal Government, has rejected the appointment.

It would be recalled that spokesperson for MEND, Jomo Gbomo, in an online statement on Monday, said that Ajumogobia would lead its seven-member team for dialogue with the Nigerian Government.

Rejecting the appointment in a statement yesterday, the former minister said:

“My attention has been drawn to widespread reports in the media claiming that I had agreed to participate in negotiations with the Federal Government over the issue of attacks on oil installations in the Niger Delta on behalf of some of the alleged perpetrators of these actions or connected persons. This is not so.
“I wish to make it absolutely clear that I do not know the alleged perpetrators nor have I offered to serve as their representative in prospective discussions with the Federal Government in any capacity whatsoever.
“I was recently contacted by someone, who claimed to represent MEND. In that conversation, the caller asked if I would be willing to participate in an initiative to find ways to end the attacks on oil installations through dialogue towards restoring peace and stability in the region”.