On Thursday, Barcelona star player Lionel Messi, appeared in court over charges of defrauding the Spanish state of €4.16 million Euros ($4.6 million, £3.2 million) in unpaid tax on earnings between 2007-09. 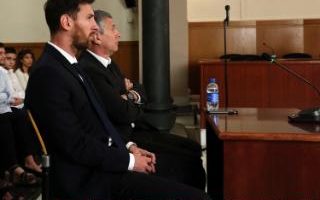 Regarded by many as one of the most talented players in the history of the game, the Argentine captain and his father Jorge, who manages his financial affairs, were accused of defrauding the Spanish Tax Agency by using companies based in tax havens such as Belize and Uruguay to conceal earnings from image rights during the years mentioned above.

Giving testimony in court in response to tax fraud accusations, Lionel Messi has denied ever having had any knowledge of how his financial matters were handled.

“I knew nothing about the money. I just concentrated on playing football. I trusted my father”, the FC Barcelona player said when asked on Thursday about the complex series of shell companies which allegedly helped Messi conceal earnings on the sale of his image rights.

If convicted, they could face a jail term of up to 22 months.

In June 2014, a Spanish state prosecutor asked the judge to drop the tax fraud charges against Messi but not his father. Later that year, a judge ruled that the case against both would proceed, despite the state prosecutor’s request.

Messi, 26, has an annual salary from his club, FC Barcelona of more than $20 million, plus endorsements from sponsors including Adidas and PepsiCo.